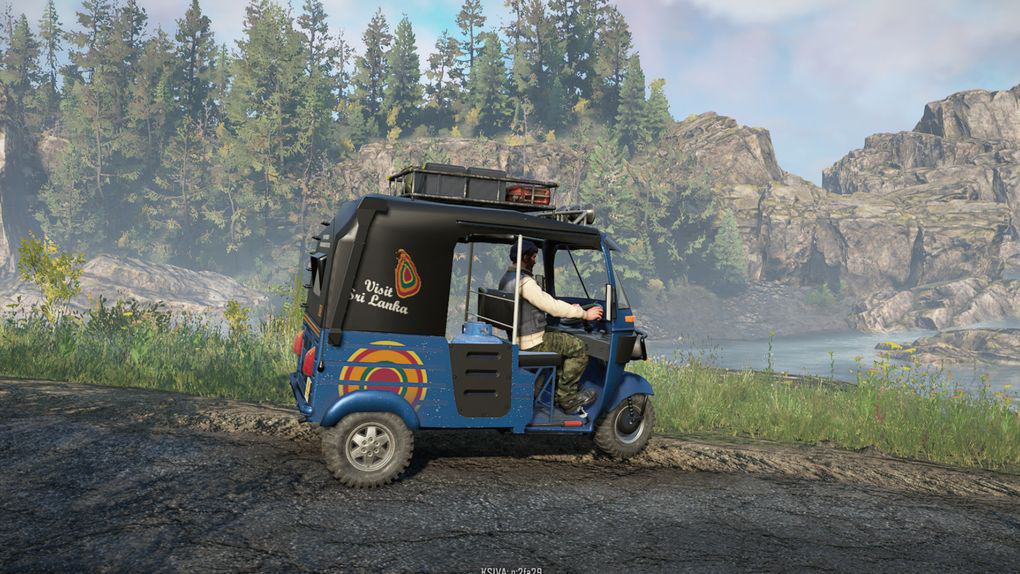 Drawing Inspiration from the Tuk Tuk offroad races in Sri Lanka, I came up with a light bulb idea. What if we bring rickshaws into the vast worlds of SnowRunner? The offroading game where you can test out your own creations and your very own playground. While tuk tuk racing is great fun it is one of the most difficult forms of racing, as well as the team member, must push the Tuk Tuk when it gets stuck during the races.

As I drew Inspiration from these races I wanted to implement a tuk-tuk in SnowRunner not only for speed and getting from point A to B, but to act as an engineer/repair unit. Imagine you are broken down in the middle of a forest and the Rickshaw comes to your rescue! Since the Tuk Tuk is small it can crawl through small spaces, especially forested areas. It is also equipped with repair items to repair your broken-down vehicles.

The Tuk Tuk can get stuck in heavily mudded areas like a real tuk-tuk. I have made it in a way so it doesn’t roll over constantly so it is more fun to drive.