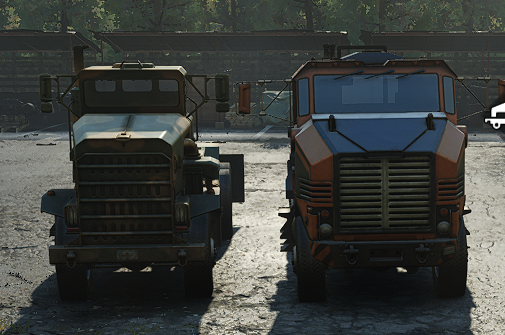 The stock Derry Longhorn is a good truck but with some fatal flaws, it has no diff lock and has a “floater axel” with no drive. I have fixed those issues and more. Get the most out of the derry longhorn 3194.

Update 1.3.0 adds:
increased fuel efficiency for the Detroit 8V92TA cause it drank more than the weird old dude you see behind the drug store
Increased fuel tank size now 600L