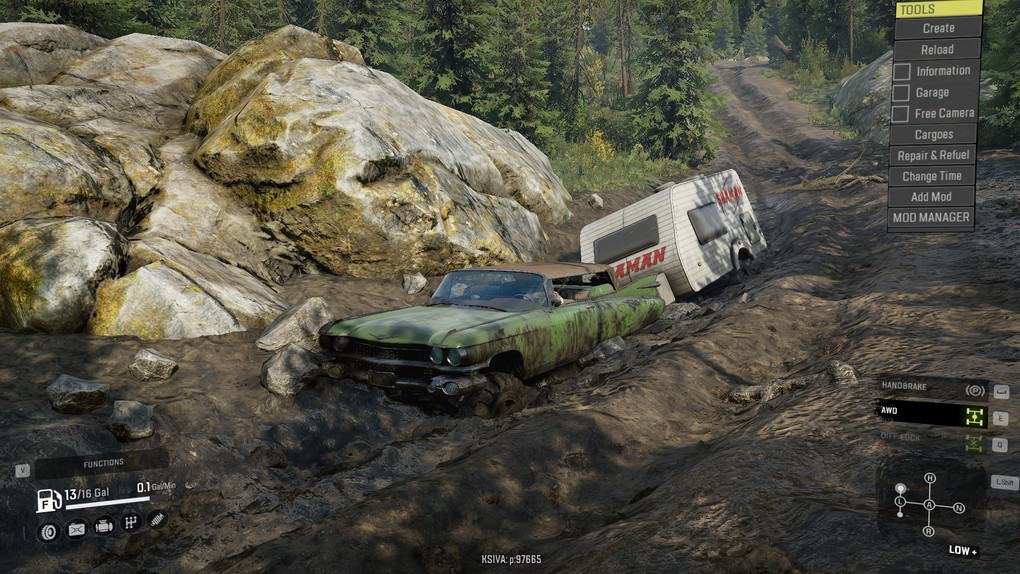 Co-Core Motors is very proud to present the C.C.M CE-59 “Panther”. The Panther came about around 1985 when a local saw an episode of an old cartoon and wanted to replicate the car used in the episode, however they also lived in a very rural area and 4wd was necessary so thats when the C.C.M custom shop was contacted and hired to create this one-off classic. the car comes with multiple motor/gearbox options as well as a few suspensions that were shipped with the car, including the original that was removed. vehicle has a hitch add-on for moving scout trailers.

Body sourced from Sketchfab from the artist: christopher_gaming. alterations and additions done by me.

Huge Thank you to everyone that helps me with this stuff in every way that it can be done, whether it be by constructive criticism, or testing, or giving me new things to try in blender, and hell even just by subbing and using my mods. you all rock. Thank you

Will This Come To Console???? You know, I just dont know. i believe it to be within guidelines. but my dc-73 was too, as far as i knew and that hasn’t been considered yet. so it is hard saying not knowing. just gotta cross your fingers and play the waiting game see what happens. ill be doing the same.

As with all of my mods, please dont take and re upload anything ive put together as your own mod. most of the models ive used minus the couple ive made are publicly available, some for free some not for free, if you want to make mods just go grab the same model i started with and make a mod. its that simple.there are plenty of people out there that are willing to help almost anyone that asks. if interested in using any thing ive personally modeled, than just ask. the worst i can say is no?