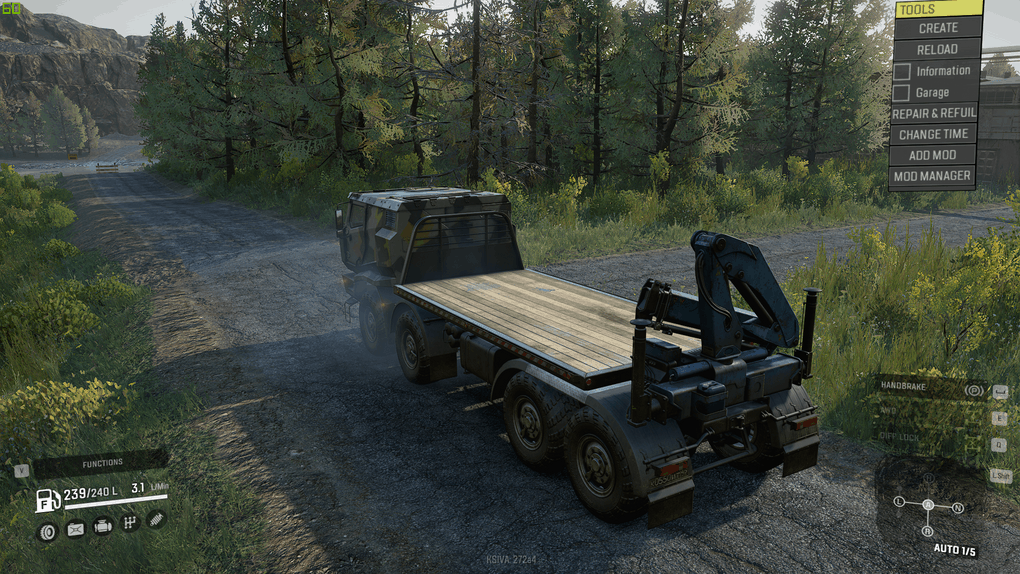 On the stock truck, the flatbed/sideboard frame addon move backward if you also install the loading crane and you can not attach a trailer, despite the truck having a lot of “empty” frame between the cab and the crane.

This mod moves the position of the loading crane. With the flatbed or sideboard, the crane is in the back so you can also load a trailer. With the repair or maintenance addon the crane is behind the cab. With the low saddle, it is in (almost) the default position. Loading crane for high saddle is removed and not possible with the others.

The only other change is a slightly bigger fueltank, now 240 liter instead of 200. I did not want to change to much from the default truck.

For those going through the pak file: there are some changes to the xmp file that don’t change the truck. A new addon socked that is commented out so it doesn’t work.

(The axles were called first, second and middle axle ??? They are now renamed to first second thrird fourth which is IMHO more logic)